The Mayor Ray Thompson has presented an Australia Day Award to George and Fay Quinell at a recent ceremony held at Council.

George and Fay Quinell were jointly nominated for the Volunteer of the Year Award (open category) for their amazing contribution to the Lithgow community through their active roles for many years with Lithgow Tidy Towns, Beehive and Lithgow Community Nursery.

Their work with Tidy Towns has helped to deliver many important community improvement initiatives including the extensive awards and recognition programs that have established the reputation of Lithgow as a beautiful and sustainable township.

Both George and Fay have worked tirelessly to ensure the success of many arts initiatives such as the Lithgow Tidy Towns Laneways Projects, Halloween Skulls exhibition, and the regularly changing Gallery Lane exhibitions. The impact of their work has received a lot of media attention and supported the creative sector in our region.

“I have known George and Fay for many years and know how much they have achieved for this town,” said the Mayor. “It is no exaggeration to say that their energy and endurance has played a big part in making Lithgow the vibrant, caring and creative place it is.

They have recently celebrated a 90th birthday and continue to be active members for the benefit of the community. 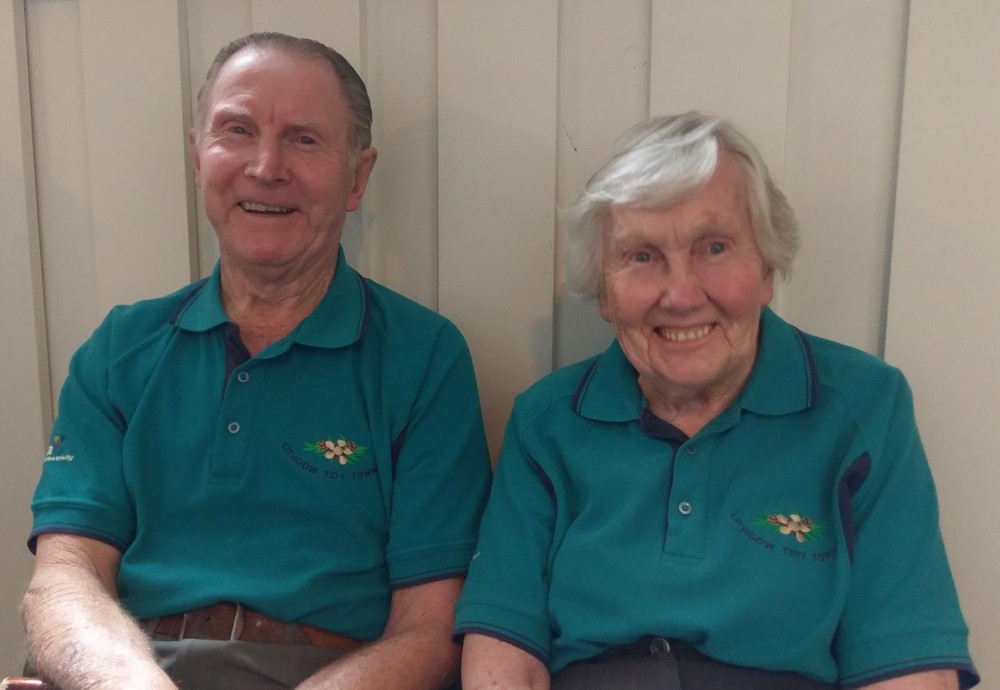 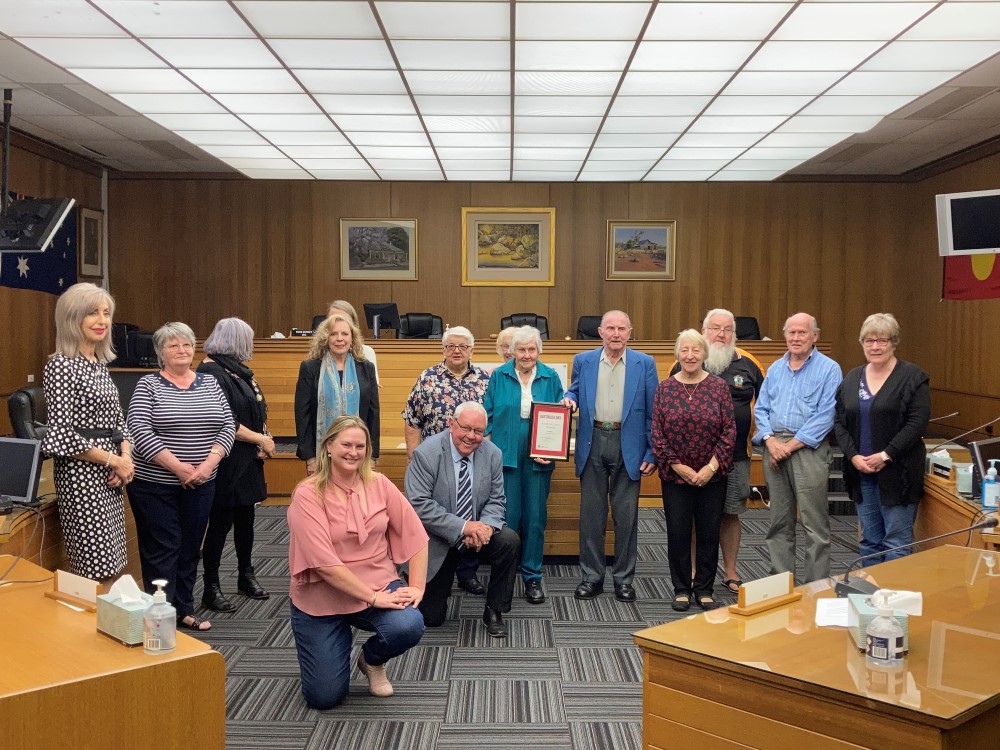