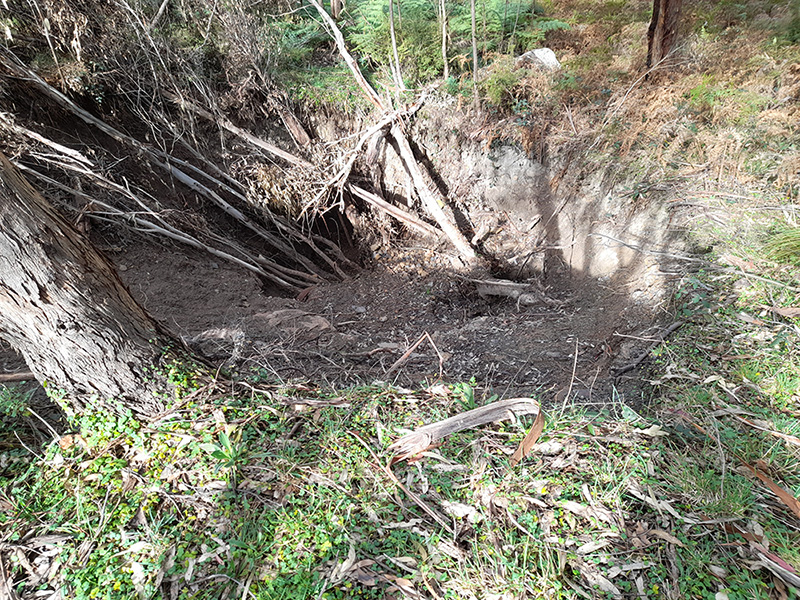 Browns Gap Road remains closed while Lithgow Council continues its studies into subsidence of the ground in the locality. This has contributed to road pavement defects.

Earlier this year, the Council’s engineers discovered what was assumed to be significant mine subsidence adjacent to Browns Gap Road. At that time, the road had already been closed to survey and investigate upslope risk as a result of sustained periods of heavy rainfall.

What was assumed to be mine subsidence has now been confirmed by the Mine Subsidence Advisory Board. The Council and its consultants have received copies of coal mine tracings of the area which confirm this. However, the subsidence may not be isolated to the lands adjacent to the road. Recent inspections have identified tension cracking within the embankment of Browns Gap Road itself. This requires the Council to conduct more detailed investigation, through borehole drilling and sampling, to really understand this instability and its likely cause.

Because of demand for these specialised services across NSW the borehole testing cannot commence until the end of October.

The Council has committed to working as quickly as possible to resolve this real risk to the public’s safety.