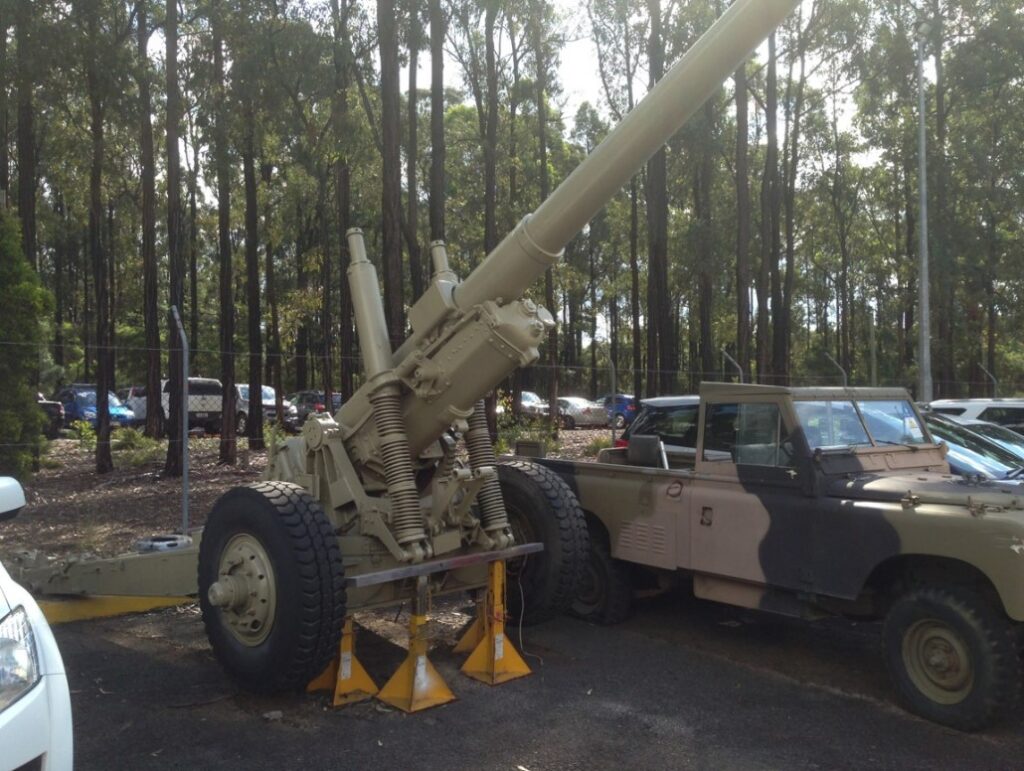 Lithgow City Council is inviting public comment on a proposal to acquire a surplus artillery gun from the Australian Defence Force (ADF).

Council has received a request from the Lithgow RSL Sub-Branch for Council to acquire a surplus 5.5 inch artillery gun from the Australian Defence Force (ADF).

The gun is approximately 7.5 metres long, has a barrel length of 4 metres and weighs approximately 6 tonnes. Manufactured in Britain, it is of a different type to those at the South Bowenfels gun emplacement site and the existing gun adjacent to the Queen Elizabeth Park Cenotaph.

The Australian Army used this weapon from 1943 until 1984 including during World War 2 at the battle of El Alamein, in which Australian forces were a linchpin for the success of the operation.

There is no confirmation that Lithgow servicemen used the gun.

The RSL Sub-Branch have advised Council that they consider that the gun’s acquisition would be of benefit to Lithgow, from a military history and a tourism standpoint.

Council has considered this matter however no decision has been made in relation to the merits of the acquisition, possible sites for its location and cost. A number of sites have been investigated including Queen Elizabeth Park, Endeavour Park and outside the Small Arms Factory Museum. If the gun were to be acquired, any decision on its location would need to take into account the gun’s size and relevance to that location. Council is seeking feedback from the community about how they feel about this idea.

The community is invited to forward comments on this proposal including the merits of its acquisition and possible locations.

Written comments should be submitted by Friday 12 March 2021 to:

Further information can be obtained from Matthew Johnson on 6354 9999